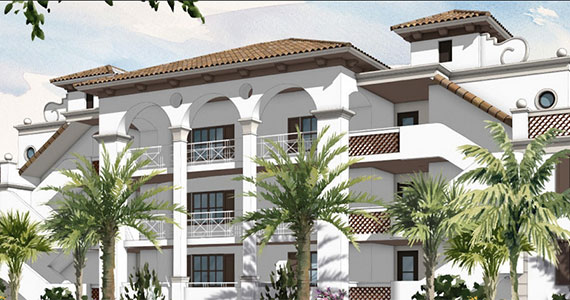 This article was originally published in the Real Deal by P. Zalewski

A developer has completed the sixth new condo building in the booming Downtown Fort Lauderdale and Beach market since this South Florida real estate cycle began in 2011.

Transactions began to be recorded on Feb. 29 in the newly completed four-story Vela Vista condo project with nine units and nine boat slips located in the 1500 block of Southeast 12th Street in Fort Lauderdale’s Rio Vista neighborhood, situated between the mainland and barrier island, according to Broward County records.

To date, buyers have taken title to seven new condo units in the project developed by a Fort Lauderdale-based corporation called Commodore Club Condominium LLC, led by member Charles Medrano, for a combined $6.7 million, or an average transaction price of about $465 per square foot as of Tuesday, according to government records.

Individual unit sales in the Vela Vista project have transacted at prices ranging from less than $790,000 to nearly $1.4 million as of Tuesday. On a price-per-square-foot basis, the developer sales have ranged from less than $420 to as much as $536, according to government records.

Currently, three condos — one developer unit and two resales units — in the Vela Vista project are available for purchase at an average asking price of nearly $1.4 million, or $555 per square foot, on the Multiple Listing Service database as of Tuesday, according to data from the Southeast Florida MLXchange.

The Vela Vista is the sixth new condo building — along with the 12-unit Adagio On The Bay, the eight-unit Cymbrinas Cay, the 10-unit Palms On Venice and the two-building AquaVita Las Olas project with 22 units — to be completed in the Downtown Fort Lauderdale and Beach market, where developers have announced 50 new condo buildings with more than 3,250 units since this current real estate cycle began more than five years ago, according to the preconstruction condo projects website CraneSpotters.com. (For disclosure, my firm operates the website.)

Based on the new units announced, the Downtown Fort Lauderdale and Beach area is the third most active area east of I-95 in the tri-county South Florida region of Miami-Dade, Broward and Palm Beach as of Tuesday, according to CraneSpotters.com.

Overall in South Florida, developers have now completed 58 new condo buildings — including the Vela Vista project — with more than 4,315 units located east of I-95. The new South Florida condos completed to date represent about 8.6 percent of the more than 50,050 units announced for the tricounty region during this cycle.

At least 132 new condo buildings with nearly 13,725 units — more than 27 percent of the overall South Florida total — are currently under construction.

An additional 227 new condo buildings with more than 32,000 units — about 64 percent of the overall total announced for this cycle — are currently in the planning or presale phase of development in South Florida, according to the data.

As South Florida moves into the later stages of the current winter buying season, the Downtown Fort Lauderdale and Beach market has more than 800 condo units available for purchase at an average asking price of nearly $410 per square foot as of Tuesday, according to the Southeast Florida MLXchange.

In 2015, buyers acquired nearly 1,200 condo units in the Downtown Fort Lauderdale and Beach market at an average price of $295 per square foot, according to the data.

Based on the 2015 transaction pace of nearly 100 units monthly, the Downtown Fort Lauderdale and Beach market currently has about an eight-month supply of resale condos available for purchase, according to the data.

A balanced market is considered to have about a six months of unit supply available for purchase. More months of condo supply suggests a buyer’s advantage, and less months of units indicates a seller’s market.

Print Details
Previous post
Next post
Need for a realtor
South Florida renowned for being an incredible place to visit and live.